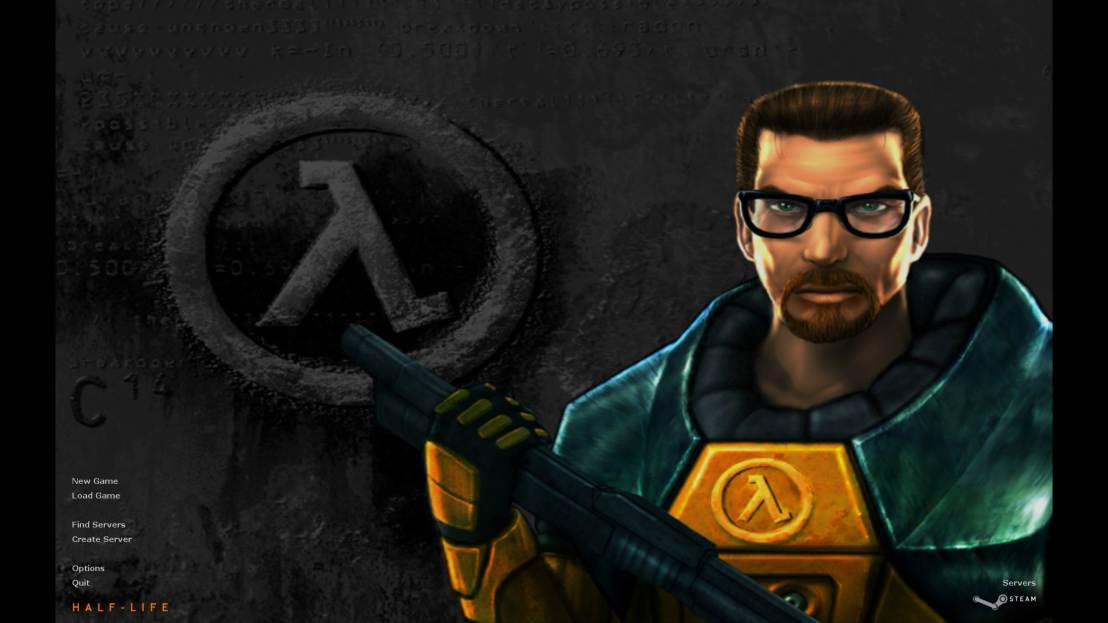 Back in May, I played a first person shooter for the first time. I chose Doom (1993) and instantly, unexpectedly, fell in love.

So it seemed a good idea to try another one. I had a few in mind, but decided to put it to a vote on Twitter.

A few months ago I blogged about playing #Doom for the first time, and it was awesome. What should I play next?

I was pretty pleased that Half-Life won: it has such a major reputation in gaming history; it seemed a natural next step in the advancement of FPS gameplay and graphics; and I’m a big fan of Portal, which is set in the same universe.

While I’d intentionally not read up on any of the games too much, I was aware of Half-Life’s true 3D environment and correspondingly more complex controls, and that was my downfall. So to those of you who voted for Half-Life – I’m sorry, I tried!

I’d still like to do a little retrospective on my Half-Life experience, as it wasn’t all bad, and I owe you that, right? 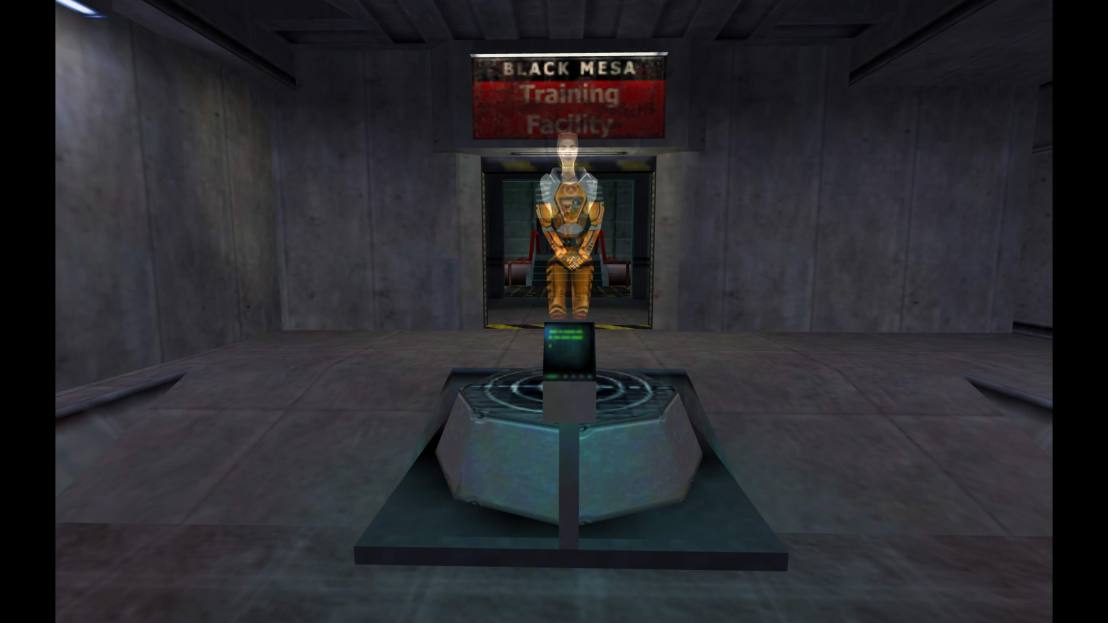 Now I know I’ve said before that I don’t like tutorials, but this is only my second FPS and it’s a big learning curve on Doom! I like that this one is framed as an induction sesh in the training facility. As well as learning how to play, it gives it a nice introduction to the feel of the game.

These walkways are really reminiscent of Portal, especially with the earlier voiceover. I can totally see how that game built on Half-Life. 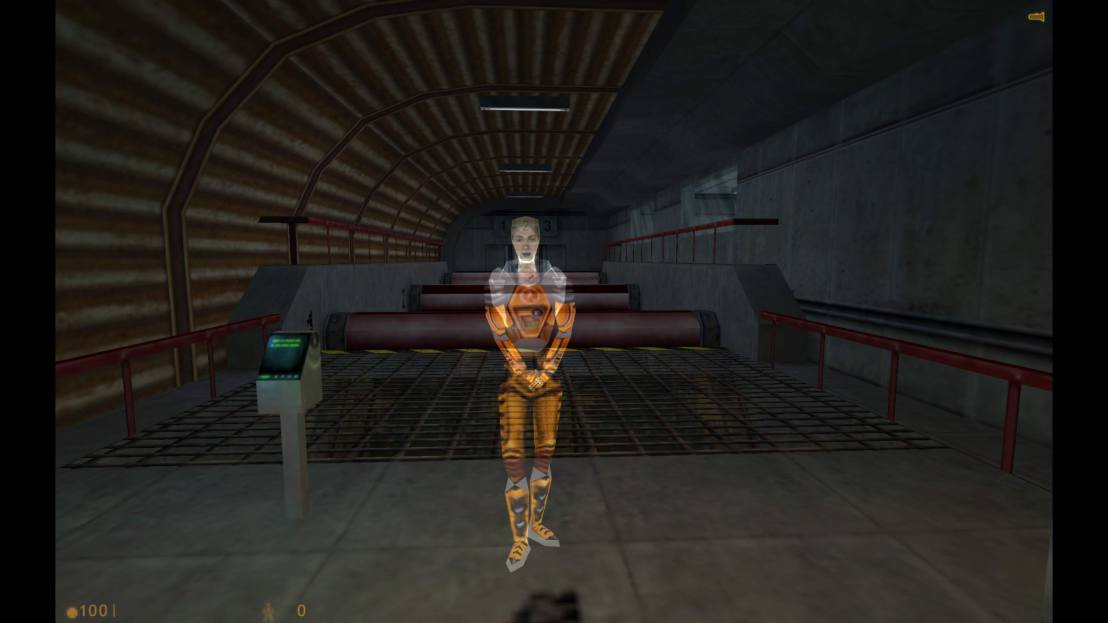 Wouldn’t it be nice if people were transparent in real life? London wouldn’t seem to crowded.

She wants me to jump over those barrel-like structures. Right-o, I manage that one fine. 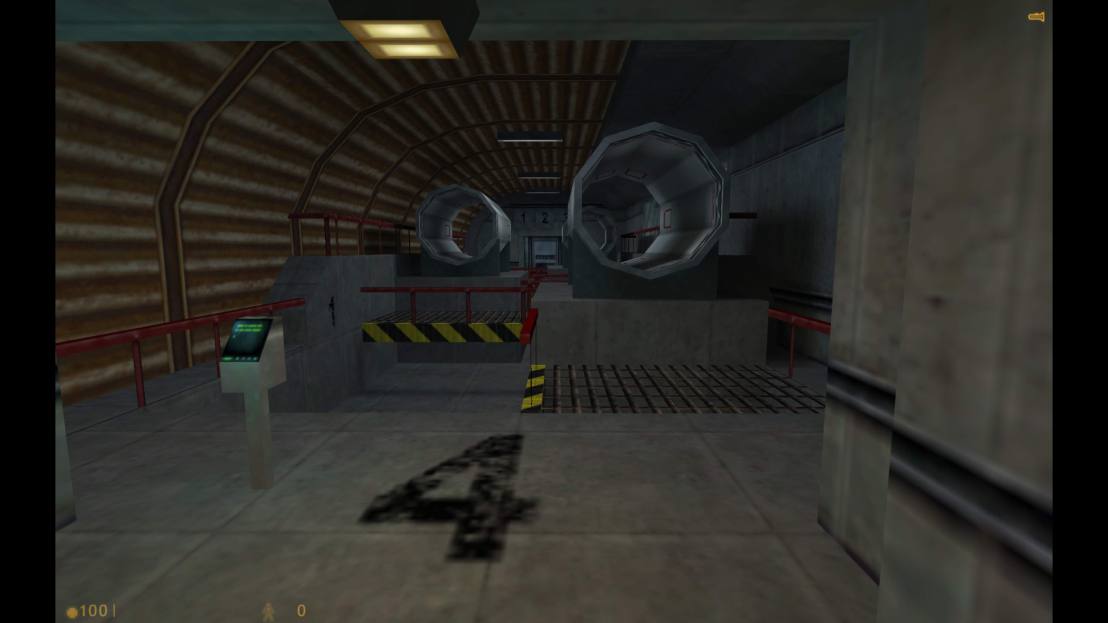 Now this is where it gets trickier: the cursed jump-crouch. I mean, that’s barely executable in real life, is it? We’d just go get a ladder. Nevertheless, I manage to clumsily manipulate my fingers to run and jump without smacking my head (Space-Control-Up).

I got on fine with pushing things…

Good morning, and welcome to the Black Mesa Transit System. This automated train is provided for the security and convenience of the Black Mesa Research Facility personnel.

I love the idea of a transit ride to get to the facility. It’s a great introduction and lets you look around as you arrive at this curious place.

Another reason I looked forward to playing Half-Life was the promise of a story, to give the action context and a purpose. Doom is great, but it’s nice to have a bit of a foundation.

And this is just beautiful. I feel like I’m in a modern mine cart, travelling underground to somewhere mysterious and secluded. The journey towards the facility while still being able to walk around the carriage and look at different things outside is a really nice contrast. It’s as revealing as a cut scene, but with some tangibility since you still have control of the character.

Aha, I was wondering what my name was. I think I look more like a Russ. Or Leonard. 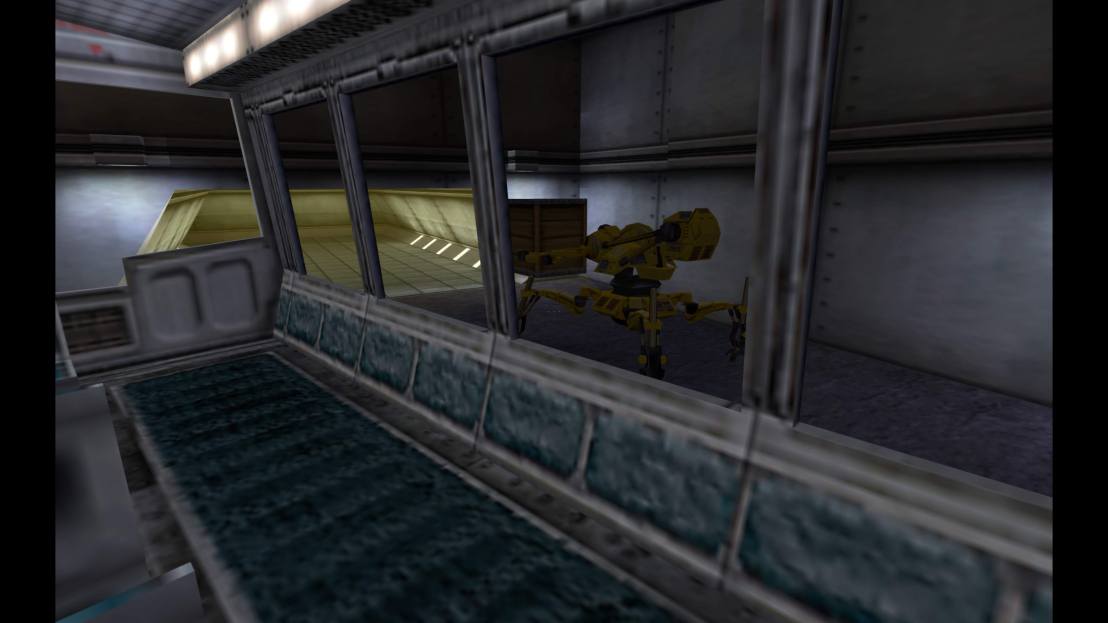 I’ve arrived at the Black Mesa Research Facility. Where are the doughnuts?

After a bit of a wander (and a brief microwave explosion that may or may not have been my fault) I end up here. Intriguing…

I finally find the test chamber I’m told to go to.

I’m given instructions over a tannoy to start the experiment. I follow those steps, and then…

Yeah this can’t be good! 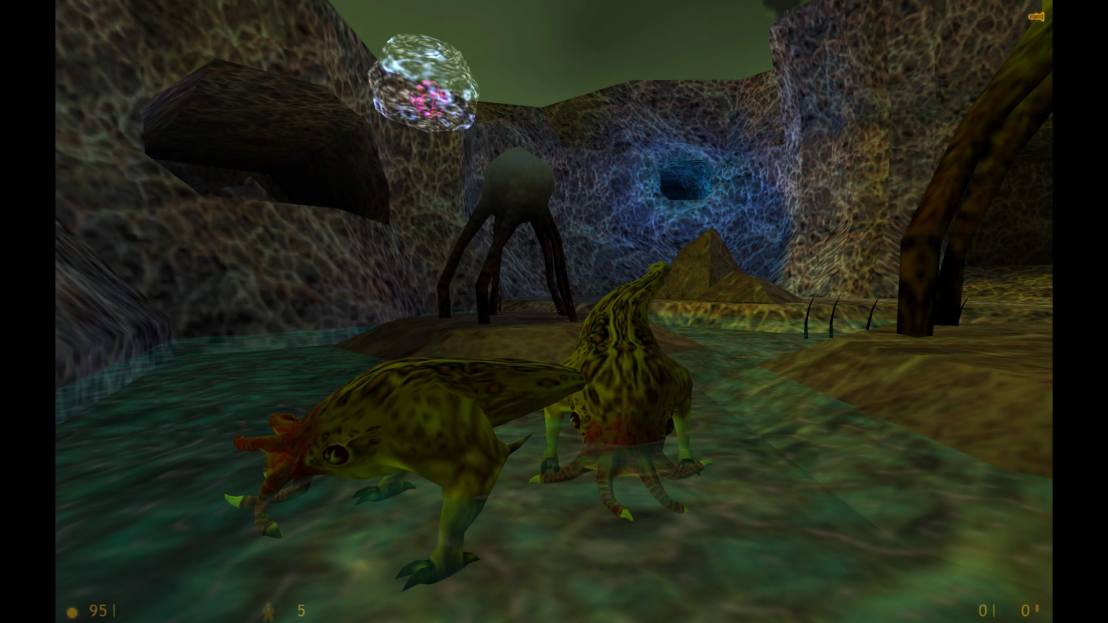 WHAT. Did I just flash back to prehistoric times?! After a fairly docile start, this game suddenly has my attention.

Everything has seemingly returned to normal now, except that the test chamber is destroyed. I guess I’ll get out of here…

These guys aren’t going to be much help!

At this point I stopped taking screenshots, because everything got a bit fiddly. Yes, even just jumping over debris. And especially ladders, which no matter how hard I tried, I would leap at and subsequently fall all the way down, resulting in diminished health, if not my death. This just added to my mounting frustration with the controls.

I did manage to kill a few headcrabs. Taking things out is fine – it’s the movement and navigation I struggled with.

I appreciate I’m not a seasoned FPS player, and maybe that’s the problem. Doom was fine because it only ever required a mouse to move/shoot, and keys to strafe and run. This feels much more strategic; there’s more required than just running, dodging and shooting – and I thought that would be a positive thing, especially because I’m an adventure gamer and used to nice narratives and puzzle-solving. But for someone who’s still trying to master a leap in the mechanics, it just interrupted the game. I got to the point where I was taken out of the atmosphere and story because I had to concentrate so hard to control the character.

And in some ways, it is a bit slow. The unravelling concept had me immersed at first, but then I started to switch off a bit. I left it for a few days but didn’t really feel much inclination to get back to it. I toyed with forcing myself to pick it up again. I wanted to give it a proper chance, but I also don’t want to waste valuable gaming hours on something I’m simply not enjoying.

I really wanted things to work between you and I. It’s not you, it’s me. You did nothing wrong, and you should be played by those who appreciate you. I hope we can still be friends?